Because excessive video gaming is now becoming recognized as a mental health disorder, we will discuss ways that games can be used to promote mental health.

The World Health Organization will revise the International Classification of Diseases (ICD-11) in 2018. Excessive video game play in the same league as alcohol or substance abuse is recognized as a mental health condition in the ICD-11 as well. This article has caused a great deal of consternation in the gaming community, with many players taking offense at the suggestion that video games could contribute to people’s mental health deterioration.

It is difficult to argue against the notion that excessive video game playing may be detrimental to one’s health. Some people have even reported playing video games until they are practically dead, which is definitely not normal. Game addiction is dangerous because it can have devastating consequences for certain people if they allow gaming to take precedence over other important aspects of their lives.

It is crucial to emphasize that, while excessive and uncontrolled gaming is a significant mental health issue that should be handled by a mental health professional, the great majority of players have not been diagnosed with the disorder. Aside from this, there is evidence to show that playing video games might be good for a person’s mental health.

Playing video games to boost your mental health can be accomplished in a number of ways.

While gaming has recently made news for the ways in which it is detrimental to one’s mental health, research has revealed that it may also be beneficial in treating two of the most common mental health disorders in the world, namely anxiety, and depression. According to a study conducted by the University of East Carolina, playing 30 minutes of video games every day can help people deal with anxiety and sadness at a level that is comparable to prescription medication. Puzzle games (e.g., Angry Birds, Bejeweled, or Tetris) have been demonstrated to be particularly beneficial in reducing the symptoms of anxiety and depression, compared to other genres.

Another common mental health problem, Post-Traumatic Stress Disorder (PTSD), has been discovered to be treatable with the use of video games. According to one study, persons suffering from post-traumatic stress disorder (PTSD) who played Tetris saw fewer flashbacks than those who did not play the game. Considering all of this, it should come as no surprise that video games are increasingly being utilized therapeutically to alleviate the symptoms of various mental illnesses.

It has long been established that video gaming has positive effects on mental health, one of which is the improvement in memory effect. There has been evidence that playing various types of video games can boost memory, with one study finding that playing larger and more sophisticated games such as Super Mario 3D World provides greater benefits than playing smaller, simpler games such as Angry Birds.

Although the elderly are less likely than millennia to play a video game such as Super Mario 3D World, they stand to gain more from doing so in the long run. According to the findings of the study, elderly adults who play video games can improve their brain health by learning new skills and engaging in intriguing activities. Elderly persons can lower their risks of getting disorders such as dementia, which has a negative impact on their memory, by employing their intellects to their advantage.

Many people suffering from mental illnesses struggle to socialize and engage with their peers, and this is one area in which they struggle. Although some people wrongly believe that video games are a pastime for antisocial people who rarely leave their homes, video games can actually help those who normally avoid social interaction meet new people and make new acquaintances. In actuality, video games are becoming more and more of a social experience, with many games being developed around online multiplayer experiences that encourage cooperation as well as competition with individuals from the real world. One can play interesting online games here.

Video games have the potential to improve your intelligence

Some people may be skeptical about the idea that playing video games may make you smarter, but research actually supports it. Researchers have discovered that those who play video games have superior cognitive performance when compared to those who do not and that they can even increase their brain matter by playing video games.

The effects of playing Super Mario 64 on the brain were explored in a 2014 study conducted by the Max Planck Institute for Psychophysiology. Every day for two months, 24 players played Super Mario 64 for 30 minutes at a time, and their brain MRI scans were compared to those of a control group who did not play the game at all. The scans revealed that the players’ grey matter had risen in areas of the brain that are associated with the formation of memories and strategic planning.

By 2018, excessive and uncontrollable video gaming will be recognized as a mental health concern, and with good reason. However, it is important to remember that, despite the fact that gaming can be detrimental to one’s mental health, it can also be beneficial in a variety of ways in certain situations. In the next few years, more psychologists are expected to investigate video games and how they may improve or harm the mental health of those who participate in them. 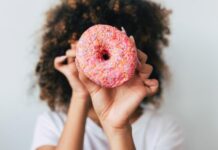 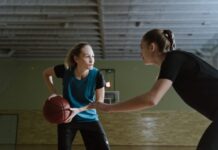 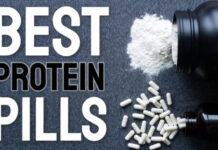 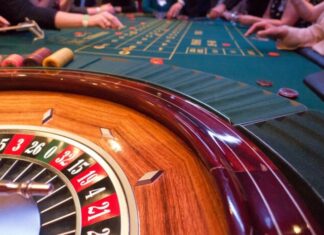 Casino Trends of the Year – You Must Not Miss If...

Theodore Hubbard - July 19, 2021 0
Technological advancements and utilitarian approaches by the casino fraternity have led to a change in its face. With casinos becoming mobile, there’s a lot...

How to Properly Care and Laundry Cycling Clothes

How Gaming May Be Beneficial To Your Mental Health – 2021...

How Much Space Do You Need for Home Gym?

A Rookie’s Guide To The Ultimate Man, Machine and Dirt Challenge

6 Mistakes to Avoid When Buying Fitness Equipment Online in 2021

Can You Vape CBD Tincture Oil? 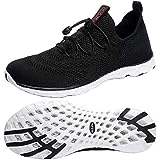