It was discussed on Twitter for several hours before the official announcement came, but just after midnight on the east coast the Chicago White Sox announced another deal.

This is a very big trade for the Yankees as they add two more quality bullpen arms and a big bat at the corner infield positions, and also because they prevented their division-leading rivals from adding those assets to their club.

Todd Frazier is a guy that should do well with the Bronx Bombers. His ability to play at either corner infield spot gives manager Joe Girardi the ability to mix and match who he wants to start between Frazier, Chase Headley, and Ronald Torreyes at third base, and also between Frazier and Greg Bird (when he returns from injury) at first base. His power bat should do well in Yankee Stadium – where he already has a pair of long balls in nine career games – as well as in a lineup that ranks 7th in baseball in home runs (135).

Tommy Kahnle was originally drafted by the Yankees in the 5th round of the 2010 draft, so this is sort of like a homecoming for him organizationally. He never suited up in Yankee pinstripes as he was taken by the Colorado Rockies in the 2013 Rule 5 draft, and he didn’t do too well for them posting a 4.41 ERA and 4.17 FIP over two seasons.

He has pitched well for the White Sox since joining them via trade prior to the 2016 season, putting up a combined 2.56 ERA and 12.1 K/9 rate in 66 career games with the team. His role in the Yankees bullpen will likely be as a 6th inning or late-inning matchup guy, and with the trio of top notch guys at the back end of the ‘pen that’s not a bad role to have.

One member of that trio will be joining the Yankees with him, and that is former long-time Yankee David Robertson. Robertson spent his first seven major league seasons in New York, and will be going to rejoin the organization after his two and a half years with the White Sox. During his first stint in the Bronx he put up a 2.81 ERA and 116 holds as the first six of those years were spent in a set-up role behind Mariano Rivera (and Rafael Soriano when Rivera was injured in 2012).

When he did finally get his chance to close for the Yankees on a full time basis he did not disappoint recording 39 saves (which are still his season high), a 3.08 ERA, and a 13.4 K/9 rate. He will likely return to a set-up role with Aroldis Chapman manning the closing duties, but if he continues to struggle (he has an ERA of 5.08 since the beginning of July) Robertson and Dellin Betances would be equally solid options to fill the void.

In return for those three players the White Sox received one major league level player in relief pitcher Tyler Clippard, as well as minor league outfielders Blake Rutherford and Tito Polo, and pitcher Ian Clarkin. Rutherford, the Yankees’ first round selection in last year’s draft, slots in as the 6th best prospect in Chicago’s farm system and gives them their 10th prospect ranked in the top 100 (the best total in baseball). Clarkin, a left-handed pitcher who has worked mostly as a starter thus far, moves into the number 16 slot on the White Sox prospect list.

Clippard’s role will be an interesting one to watch from a fantasy perspective, because he does have some closing experience with the Nationals (32 saves in 2012) and A’s (17 saves in 2015 before being traded midway through the season). With Robertson out of the picture and injuries to other relief pitchers Nate Jones, Jake Petricka, and Zach Putnam, Clippard’s only competition for saves is current set-up man Anthony Swarzak (who owns a 2.47 ERAin 37 games this year). 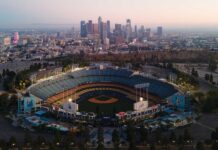 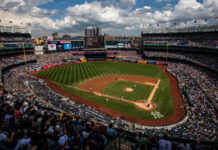 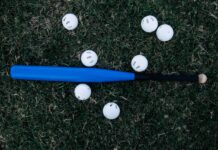