Just over a week after freshman forward Harry Giles declared for the NBA Draft, sophomore standout Luke Kennard capitalized on his huge season by declaring as well. Although Kennard’s return to the rotation for the 2017-2018 season would have provided a major lift for the Blue Devils, he made the smart choice as his draft stock has likely hit its peak as a late first-round pick this summer.

Instead of looking like a lock as a preseason top 10 team, Duke instead finds itself at a loss of 19.5 points per game and 5.1 rebounds per contest, not to mention a major offensive catalyst who could get things going when Duke struggled to get into their sets.

Perhaps most importantly, Kennard’s absence leaves a huge hold in leadership. With the announced transfer of Chase Jeter and the loss of seniors Matt Jones and Amile Jefferson, the Blue Devils will be left with just one seniors on their roster (Grayson Allen) after Sean Obi’s transfer.

Kennard’s presence as a two-year player and major contributor would have been exceedingly valuable to a team that will one again have to rely on the depth of its recruiting class. The 2017 class is currently ranked fourth in the country with the possibility of more commitments. That being said, the Blue Devils possessed the no. 1 class in 2016, and the preseason expectations (not to mention early season injuries) heaped upon them seemed to weigh heavily on Mike Krzyzewski‘s young squad throughout the year.

Kennard’s absence means the loss of a steady calm and determination on the floor, and a sense of motivation that the young guys could latch onto and ride all the way into March.

So where do they go from here? For starters, remember that the early season injuries to the likes of Harry Giles, Marques Bolden, and Jayson Tatum all contributed to the Blue Devils’ inability to mesh on the floor during ACC play. What’s important to understand is that injuries can happen at any time, and that anyone (including young recruits) can be susceptible. That being said, there are some major positives to consider with Duke’s recruits.

The addition of no. 3 player Wendell Carter adds yet another major frontcourt presence to a group that includes Bolden and Antonio Vrankovic. Coach K simply didn’t trust Giles and Bolden enough to give them major minutes this past year, but a three-man rotation is very possible given the anticipated growth of Bolden over the summer and increased contributions from Vrankovic (who mysteriously disappeared from the rotation despite having a reputation as a spark plug).

Remember that Brian Zoubek was a forgotten man at Duke before his sudden emergence as a senior on the 2010 national championship team. It would not be a surprise to see Krzyzewski continue to run a ball screen offense but with more post opportunities for Carter, similar to the scheme run by the 2015 championship team with Jahlil Okafor.

A buoyed frontcourt could pay massive dividends for a backcourt that will once again rely on Grayson Allen. Despite an incredibly turbulent junior season, Allen was fantastic in the latter half of ACC play and in the conference tournament, using his size and athleticism to attack of the bounce while still looking for his shot beyond the arc. Barring an entry into the draft, this is Allen’s last chance. Not only can he prove his worth as a leader and as a prospective All-American, but he can alleviate concerns about his maturity and cement himself as a Duke great.

Outside of Allen, there’s even more potential… although depth may be a concern. Rising sophomore Frank Jackson played his way into the starting lineup at the end of the year, and as a dual threat that can shoot the three and finish over bigs in traffic, his assertion on the offensive end will be crucial in Duke’s success. Perhaps most importantly will be the arrival and emergence of incoming freshman Gary Trent Jr. The 6’5″ guard has good size and can shoot the ball from deep similar to Kennard.

What’s important is his health and rebounding presence. Kennard was a surprisingly good rebounder on both ends of the floor. That being said, Trent’s heightened athleticism could be crucial defensively, where Kennard frequently struggled with foul trouble.

All told, it’s still early. A few more commitments could change Duke’s roster tremendously and affect how Coach K may approach his rotation. However, with improvements from the younger players and a more solidified frontcourt, the Blue Devils could be a formidable team when next March rolls around. 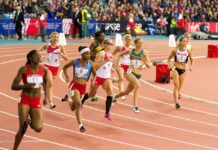 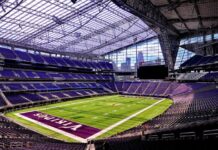 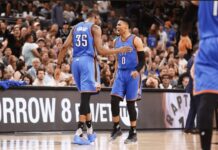