Unlike professional football, college teams don’t compete in bracket-style playoffs with a predetermined number of teams. Instead, they compete in bowl games. College football fans are enthusiastic, with many following their favorite teams closely and betting on who they think will come out on top. Serious fans do their research and check OddsChecker to see how their favorite teams stack up against the competition. Keep reading to learn all about the football bowls and why they’re so important to college football.

What is a Bowl Game?

Eligible teams can earn a chance to play in a college bowl game (more details later), a one-time matchup against a team with a similar skill level that they wouldn’t typically place during the regular season. Teams that win a bowl game are rewarded with a trophy and bragging rights. College football currently has 40 bowl games plus the National Championship.

Who Participates in Bowl Games?

The NCAA has four levels of college football, but only the football bowl subdivision (FBS) matters when it comes to bowl games. The other three levels within the NCAA are the Football Championship Subdivision, Division II, and Division III. The FBS is made up of 124 teams divided into 11 conferences. Notre Dame, Brigham Young University, Army, and Navy also belong to the FBS, but they aren’t affiliated with a conference.

The five bowl games are:

How Do Teams Qualify for Bowl Games?

The NCAA’s requirements for participating in a bowl game:

If enough teams fail to qualify, the league changes the rules, but the minimum record a team must have to play in a bowl game is set at 5-7. There are some exceptions: if a team doesn’t win its conference championship game, that doesn’t count against their record, and teams with a winning record always have priority. Bowls games are so popular that they are televised nationally, and millions stream the games worldwide.

Beginning in 2014, the NCAA established a new championship system. A selection committee ranks teams throughout the year, and the top four teams compete in two semifinal games in late December or early January. The winner of these games advances to the national championship a week later.

Selection committee members’ responsibilities include selecting the top four teams for the playoff and assigning them to the site where they’ll play the semifinal game. They also rank teams to determine if they’ll play in other New Year’s bowls that aren’t part of the playoffs. They also select the highest-ranked champion from the five conferences that don’t have New Year’s bowl contracts.

The selection committee releases weekly top 25 rankings every Tuesday evening live on ESPN in November and December. The college football championship game is always played on a Monday.

Why Are There Only Four Teams in the Playoffs?

Whether to expand the four-team playoff field to eight teams has been debated extensively, with some arguing that extending the field would result in a purer postseason. However, others believe that college football should emphasize the regular season and not the postseason. The debate will likely continue for years to come, but there aren’t any changes on the horizon at present.

Who’s In Charge of the Playoffs?

Contrary to popular belief, the NCAA is not responsible for college football’s postseason; instead, the FBS conferences manage it. Although all ten conferences are part of the decision-making process, most of the power lies with the five power conferences—SEC, Pact-12, Big 12, Big Ten, ACC. 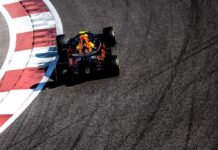