Knowing about the harmful impacts of cigarette smoking on health, its consumption has been criticized. Cigarettes became such a common thing that governments need to take action. Thus, as a result of all that, policies were made related to its sale and advertisements. Therefore, you won’t see advertisements for cigarettes and their packing also contain warnings.

As a result of bashing cigarette use, a new temptation rose: vaporizers or electronic cigarettes. Vaping became a temptation because everyone, especially teens, got attracted to it. The manufacturers advertised it as the alternative to tobacco cigarettes but as a less harmful choice. At vaporsolo.com you can look for the different vapes.

Although it has been advertised as a safer alternative to tobacco smoking, but it is not completely safe. Vaping has also been found associated with cardiovascular and respiratory diseases. Therefore, it is not safe for youngsters to get addicted to such things.
And when it comes to the athletes, of course, it is not at all safe for their performance. The vape will definitely affect the respiratory system and this will result in shortness of breath. So, how will an athlete give his best performance if he has been suffering from respiratory issues?

It is evident from the research findings that vaping is responsible for vascular constrictions. It directly affects the blood vessels and, ultimately, your blood flow. The reason behind this vascular constriction is nicotine. The harmful effects of cigarette smoking are also because of nicotine, as it is a vasoconstrictor. Therefore, irrespective of its mode of entry, it will directly affect your blood vessels.

It has also been found that vape or e-cigarettes contain the same quantity of nicotine. So how can they be safer than regular cigarettes? In addition to the nicotine, e-cigarettes also contain other chemicals that are responsible for vascular problems. These other chemicals are basically the aerosols that are glycerol and propylene glycol. Therefore, even if the dealer says that the vap is nicotine free, it will still be harmful for your body.

Caporale’s study was conducted on 31 non-smokers. All of them had an MRI scan before and after the vaping of nicotine-free e-cigarettes. Despite vaping free of nicotine vape, all of the 31 participants showed a femoral artery. If nicotine was the only reason for vascular problems in people, the participants must have demonstrated a dilated artery. But contrarily, that was not the case.

Furthermore, the dilation of the blood vessels was reduced to 34 percent after vaping. The chemicals present in e-cigarettes are responsible for causing changes in the inner lining of blood vessels. These changes affected their dilation. Further studies showed that this constriction of blood vessels was resolved entirely after four to six hours. Although it was the result of only one time vaping, it lasted for around 6 hours. Thus, you can imagine the harmful impacts that these smoking pipes will cause.

Therefore, athletes should stay as far away from vaping as possible. It is normal to have heavy breathing during and after the game. But if the athlete is a smoker, his performance would be significantly affected from it.

As mentioned above, e-cigarettes also contain aerosol particles, which include glycerol and propylene glycol. Both of them are known as common irritants and are a common component of vape. Therefore, you might not realize it initially, but your body will have accumulated such particles with time. As a result of this accumulation, you will have continuous irritation in the respiratory tract.

In addition to this, e-cigarettes have also been found to release metal particles having a size of fewer than 100 nanometers. Therefore, they are not safe for your body. Just imagine if they can cause metallic pollution in your body, how worse it will become.

A research study conducted on rats showed that exposure to e-cigarette smoke results in tissue death. Thus, instead of improving tissue growth, the death of tissue cells increases. This further complicates the situation.

Same is the case with humans. The micro metal pieces accumulate in your body. Nicotine has its own negative effects. All of these factors affect your blood flow. As a result of blood restriction, all the body parts suffer. Your body does not get enough oxygen. Moreover, the white blood cells that are responsible for fighting against external harmful agents do not reach the required area.

Our body has a specific ratio of white blood cells that are responsible for protecting the body against the external substance. Moreover, they also heal the wounds. But when the blood vessels get restricted, the blood flow also gets reduced. Consequently, the white blood cells do not reach on time and this slows down the healing process. In addition to slow down the healing, smoke also causes the death of body cells and tissues.

It is normal for sportsmen and athletes to get injured during the game. So if they are habitual smokers and have been vaping recently, the chance of their recovery reduces. Therefore, if you are an athlete, you need to be careful about your health. Failure to do so will only ruin your career and you will hurt your body severely.

Furthermore, if the person is already suffering from autoimmune diseases, his situation will get more severe. In the case of athletes, if they have been into vaping and smoking, their stamina will decrease. Thus, their performance will not be up to the mark. Moreover, they would never reach to the level of elite athletes.

If you are an athlete, you should stay away from smoking unless you want to ruin your health and career. 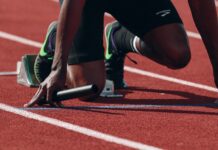 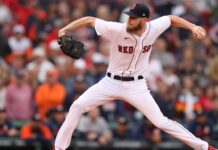 What Should You Do When Your Knee Starts to Hurt Before a Baseball Game? 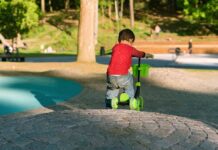 Outdoor Activities to Try for Kids with Mental Disorder