If you have invested in cryptocurrency and think it has genuine potential, you are not alone. As more and more individuals and institutions invest in different Bitcoins and altcoins, celebrities are not too far behind. There are many athletes who have publicly shown their interest towards digital currency and want to be paid through them.

This seems like reason enough to believe that they have invested or endorsed the use of cryptography as a mainstream means of monetary transactions. In this article, we will discuss how some famous athletes advocate investment in digital currencies. So let us begin with our list.

This NFL player realizes what inflation could mean in the future and has prepared accordingly. He understands that cryptocurrencies are decentralized platforms which makes them less prone to inflation. Currencies like Bitcoin are especially safe because they circulate in a limited quantity which dries up the demand and hence the market value.

Barkley missed out on some action due to his injury and wants to make the most of his time now. He made the announcement in 2023 to convert all of his endorsement fees into Bitcoin. While some athletes would want to convert a fraction of their earnings to a digital currency this step by Barkley was radical when announced.

If we talk about how much he is earning via endorsements, one would understand the enormity of his decision and his trust in cryptocurrency. He is associated with significant sports gear and food and beverage brands which makes him about 10 million dollars richer. Choosing to convert it all into Bitcoin seems like a great way to make a significant profit.

The first overdraft pick of the NBA draft of 2023 was Cade Cunningham. He signed an exclusive endorsement deal with BlockFi. This endorsement gives Cunningham a place in our list because he identiated investing in crypto assets. His official statement claimed for BlockFi to manage his crypto assets.

If you have research on the best ways to invest in digital currencies or in general, you know that experts recommend diversifying the investment portfolio. Cunningham announced that he would be using his partner platform for managing his portfolio and diversifying it to get a better grip on his personal finance.

It is essential for athletes to be aware of their financial situation and invest long term. He also claimed that his decision will aim at educating young investors into choosing cryptocurrency as a promoter of financial wellness. Personal finance is the reason why many people engage in digital currency.

Russell Okung is sort of a pioneer of the movement for athletes to be paid in digital currency. He is the one who first brought it to mainstream notice and others have just followed his lead. His reason for choosing cryptocurrency was the same as others mentioned above. But if he had not been vocal about his interest in owning digital assets, others might have taken sometime to follow suit.

He first started with this conversion in 2019 when Bitcoin was the most popular digital currency. Because it is decentralized, no governing body is regulating it which offers multiple benefits for all investors. Decentralization also helps beat inflation which might not be the case for fiat currency. You can know more with the right information when you visit this website.

Cryptocurrency thus clearly offers a higher level of financial stability than the usual methods of investment. Okung is a two time NFL Pro Bowl player and needed to convert his earnings into digital assets for a solid financial footing. His demand was fulfilled by Zap which allowed him to successfully convert half of his entire payment into Bitcoin.

Odell Beckham Jr. Is the NFL player who went into a partnership with Cash App in 2023. As a payment for this partnership he will be given 1 million dollars from the company. He will also get a fraction of his salary converted into Bitcoin which will give him a better financial footing in the crypto market.

Choosing to own crypto assets is a landmark decision for many at least especially at a time when digital currencies are susceptible to high price volatility. One might say that getting these days is a great incentive in pushing athletes into the world of cryptocurrencies. One should also note that most of the athletes would invest only in Bitcoin because it has comparatively a higher rate of stability.

Klay Thompson is another athlete who partnered up with Cash App and endorsed cryptocurrency publicly. His team was to be paid in Bitcoin. He shall receive a fraction of a salary in fiat currency while the rest of it will be by digital means. This is also beneficial for the app which is giving away 1 million dollars to any user who uses Bitcoin as their means of financial transaction.

We hope that you now understand that endorsements and investments are closely related when it comes to celebrities like athletes. Just because it is an endorsement deal does not mean that they do not have a valid point. Choosing to be paid in Bitcoin is a significant decision which one cannot take lightly.

All investors need to understand that trusting the community and investing money for the long run is one of the ways in which digital currency would see growth. These athletes therefore not only believe in the potential of cryptocurrency but also are willing to take a chance. 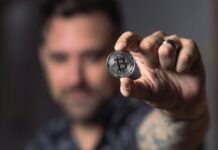 6 Pro-Athletes That Are into Bitcoin and Cryptocurrency