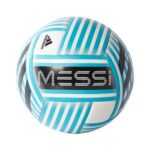 If you want be like Lionel Messi or Cristiano Ronaldo, your best bet is to choose a reliable soccer ball.

Adidas balls have been used in professional matches for years, making them a top choice for many players.

In fact, a quick look at our soccer ball review reveals just how great these balls really are. 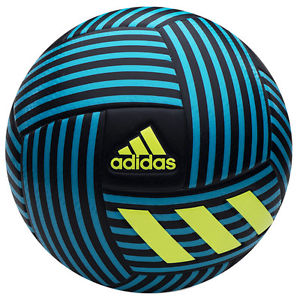 Adidas is a multinational company that was founded in Herzogenaurarch, Germany. Today, it is the second largest sportswear manufacturer in the world.

While the company manufacturers all sorts of athletic footwear, attire, and equipment, their soccer balls have developed a reputation that far exceeds their standard products.

Adidas is responsible for developing the iconic black and white paneled Telstar soccer ball that is often used to symbolize the game of soccer. The Telstar ball was designed for the 1968 European Football Championship.

In 1970, it became one of two official match balls of that year’s FIFA World Cup, which was held is Mexico. With the ball, Adidas introduced the 32-panel FIFA-approved ball style that is still utilized today.

It seems as though Adidas soccer balls have become increasingly abstract in design over the years. The latest Adidas World Cup ball features of streams of dark pixels on a light background. Designs are no longer constricted to the panels but are still used to create a highly visible strike zone on all sides of the ball.

Over the years, Adidas has taken great strides to improve the shape, movement, weight, and construction of their soccer balls. Today they manufacture a variety of balls, including match, practice, and recreation-only balls. Their most notable products are the series of official game balls that they produced for Major League Soccer, the National Federation of State High School Association, and FIFA.

Adidas produces some of the most globally recognized and durable soccer balls on the market. In fact, they utilize the highest-quality materials and manufacturing techniques to ensure that their balls are both responsive and durable. 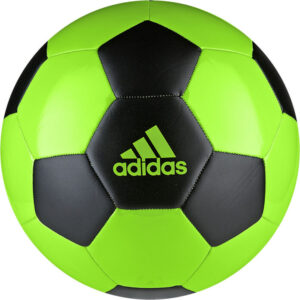 Butyl has superior strength and holds air for an extended period of time. On the other hand, latex is softer, more responsive, and has poorer air retention.

Adidas has also begun embedding NFC microchips in some of their match balls. These chips can be synced to a smartphone app so that players can learn more about and keep track of their in-game performance stats.

Adidas soccer balls range in price from just $7 for a mini ball to over $150 for a specialty match ball. Despite the difference in price, all balls have similar covers, backings, and bladders.

Training balls tend to be less expensive than commemorative match balls. However, they are more durable and, therefore, better suited for daily use.

Adidas produces several top-selling soccer balls. As such, it’s difficult to choose just one to highlight. Nevertheless, the 2018 Telstar, which was featured in the 2018 FIFA World Cup, is seeing a major uptick in sales.

As an official FIFA game ball, the Telstar has undergone extensive quality-control testing. It was also produced using top-quality materials and manufacturing techniques. The addition of an NFC microchip makes this ball as futuristic as soccer equipment gets and may mark a new standard on the horizon.

As one of the top sports equipment manufacturers in the world, it comes as no surprise that Adidas has made a name for itself in the soccer world.

Check out our review of the review to see where Adidas soccer balls landed. 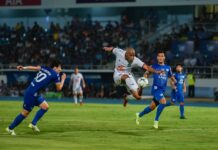 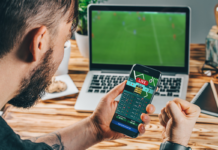 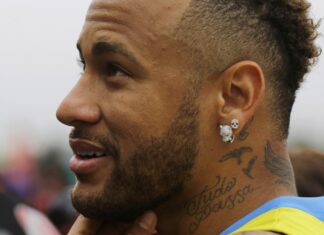 Theodore Hubbard - November 29, 2022
Playing soccer with taped earrings is a common practice among young soccer players. Taping your ears is a great way to protect your hearing...